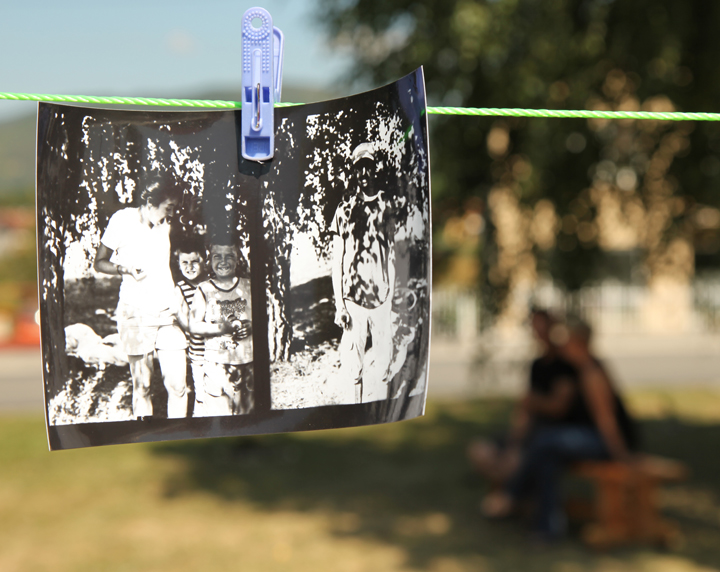 The first volunteer from BAB (the coordinator) has returned to Gornji Vakuf Uskoplje after almost 2 years away. The first few days were spent in Sarajevo catching up on political developments in Bosnia Herzegovina. The political situation is far from ideal with Western backed corrupt officials and politicians continuing to plunder the country and creating a situation that will not create a long term stable solution. Along side this, loans are being taken from the IMF and EU that cannot be repaid even if every last tree and river of this beautiful country is sold off or polluted. But even in these conditions BAB will continue to work against nationalism and the threat of war through conflict resolution and peace building projects in Gornji Vakuf Uskoplje.

The coordinator arrived in GVU on Tuesday to find that the rented volunteer house has no electricity, water or a single piece of furniture. Not even a bed. So the first few days have been spent organising furniture and electric. There is still no water, but the volunteers can use the water from a nearby house. The house has a wonderful view of the town and is just 5-10 minutes walk from the Omladinski youth centre. By housing all the volunteers in one house this will massively reduce the accommodation costs.

In between carrying furniture, meetings have started with the staff of Omladinski centre and other volunteers who have been working with the centre during the summer. Ideas and the program is being developed and equipment is being checked, or were necessary bought.
The dark room that we built 2 years ago, whilst training children to teach photography workshops is still in use. The park we built with the young people from the town is still there, even though its looking like it needs a bit of love and care. The first volunteers will arrive this weekend and the program is due to start this coming Monday.

The first week of the project started on Monday 22 of July with a variety of workshops and group building activities. The BAB volunteers are working in partnership with volunteers from intercordia.

This week we ran the first photography workshops providing an introduction to using pinhole cameras and developing pictures in the darkroom that we built 2 years ago. The workshops were attended by youth from both sides of the town of various ages and genders.

We also started the first part of the mural painting workshops, painting the hallway of the youth center which will be expanded to painting the activity room and office of Omladinski centar over the next few weeks. This has been carried out by international volunteers and the youth from the town
along with various art workshops. Other sports and fun based activities ran during the week in the parks on both sides of town with youth of mixed ethnicity. The volunteers also spent some time cleaning up the park that was built 2 years ago by the youth of the town.

On Friday we had a fun based picnic that was started in one park and then continued in the other park. The picnic was a celebration of the intercordias final activity before they leave, as well as a welcome for the arrival of the BAB volunteers. The picnic was attended by many children from both sides of town and included face painting, fun sports activities, photography, ice cream and even a clown.

In additon, we have also now set up a flickr account were you can see photos from the project in 2011 and 2013. More photos will be uploaded as the project continues.

During the second week of the program we have increased the activities offered to the youth of the town.

We have continued the photography workshops which have taught film and digital photography, which included teaching about proportions, how to take portraits and movement in photography. The technical aspects have included depth of field and shutter speed. The children have been taught how to develope negatives and dark room printing. The workshops have also included one to one tuition as well as promoting team work through sharing cameras and group projects. A photo exhibition has been set up in the youth center from work produced so far.

Even though we took a break on the murals, we have continued to run art workshops which included designing and developing board games, graffiti art, building 3D towns, Mexican weaving, 2D and 3D robots as well as prop and set design for the pop video for the short movie making workshops.

Meetings have also started about a new project in the park which is still in the planning stage, but we hope can be realised in the short period we have left. We have also received some very good news. At least one of our students from two years ago has gained a place at university on the back of what they had been taught during our workshops in 2011.

We could only run the project for three days this week due to Omladinski center closing for Bajram, but it will give the volunteers their first days off since the project started.

During the fourth week of the program, since photography has been such a success, we have continued this with more workshops teaching film and digital photography, developing in the darkroom and how to use Photoshop.
The art workshops continued with Jackson Pollock toothbrush techniques, collage, making monsters, creating tissue paper flowers, mural stick ups and building giant caterpillars. The majority of the art workshops were focused on group work in developing the different art. Along side these workshops the next mural was started in the activity room of the youth center.

At the end of this week we held a photo exhibition in the town, outside the youth center which was open to all citizens from this divided town.
Then we held a disco for the young people and their parents, which was attended by approx 60 young and old alike, dancing the night away together. Two more volunteers will leave this weekend so we will be left with a team of three volunteers for the finale week of the project.

The fifth and final week of the project has continued with art workshops which have included building 3D paper cities, creating plastic recycled animals, modelling clay monsters, abstract word drawing, 2D self portraits and making jewellery. We also continued with the large mural in the activity room.

In addition, a new workshop was held this week that taught how to make a fanzine, which was named BABzine and was distributed throughout the town highlighting the programme carried out by ‘Bridges Across Borders’ this summer. We also held a final picnic in the park that was built 2 years ago by children and youth from the town along with the BAB volunteers.

Sadly our time has come to the end for this summer after a very busy programme carried out by an amazing team of international volunteers which has included people from England, Scotland, Italy, Canada, America and Australia. Around 150 children and teenagers from both sides of town have taken part in various parts of the programme.

We also decided to support a project in the town of Bugojno by donating a digital HD-camcorder, with accessories and software, an additional 16GB memory disc and tripod to be used by Eko Art Bugonjo. This is a theatre group that works with youth and adults and has produced and shown a number of pieces addressing a variety of issues, including learning about different cultures, politics and corruption.
Presently they are producing a piece in partnership with FEDRA Bugojno to raise awareness about breast cancer and breast amputees and the necessity of improvement of health care for cancer patients. We cannot understate how groundbreaking this is in a culture were issues like this are not addressed or even talked about. We proudly support them and the work they are doing.

Thanks again to everyone who has supported us in making all of this possible!